This is a map-drawing game. This is also a story-telling game and a world-building game. You collectively explore the struggles of a community trying to transition from a life dependent on extraction and domination and build a new way of living. It is a game about community, difficult choices, solarpunk dreams and anti-capitalist futures. When you play, you make decisions about the community. Those decisions get recorded on a map that is constantly evolving and on the provided Community Record Sheets. Parts of the map are literal cartography, while others are symbolic. You will name and describe the various groups that make up the larger community, narrate the projects they embark on, the challenges they face, and roleplay them in community gatherings.

Will you be able to work together, thrive, and make substantive changes through The Transition Year? What will this community look like after a year of working toward transition? This game encourages you to consider these questions, and to play to find out what happens. Players collaborate to create and steer this community, but they will also introduce conflict and tension along the way.

It's been 10 months since we released The Transition Year (1st Edition). That iteration was a game jam game, a first draft based on our conversations about making this game.  Since then, we have been playtesting and editing that version. We now are happy to present The Transition Year 2E.

For a long time, we were ruled by The Ones – the ruler, the party elect, the influential leader, the powerful individual– and their Monitors that watch over us. The Ones ruled over us, took what they wanted, fed us necessary illusions and false choices, and then threatened those who wouldn't or couldn't play their game with the stick.

Now, finally, there are only crumbs left, and The Ones have gone and left us in the dust and the dirt. There are those among us who still believe the myths of The Ones, who want to keep playing their game. Those who watched in disbelief as they were left behind, shuddered in horror as the engines of power came to a stop, who still believe we must be ruled over.

We are left with this: a year of relative peace. One transition year, with which to let go of the myths of The Ones, to unlearn their game and play another. One year, to learn the power we have within ourselves and with each other, to make and share in common and rule ourselves. Where The Ones saw only a mob to be ruled over, a hoard at their gates, and a pillaged world with only crumbs left, we see the chance and the challenge to truly become the Multitude – the many, different and distinct – working, living and acting in common.

Come winter, The Ones will return to see what we have done with our crumbs and dirt. In their absence, they expect us to collapse into factions or a war of the all against the all, and we expect that the Monitors will be watching us all the while. The Ones may order us to leave the life we've made here for ourselves, or they may take what and who they deem valuable, or, they may resettle here to rule over us again. We do not know what will happen, nor who or what will survive this encounter. This is when the game will end. But, we don't know that yet. What we do know is that right now, in this moment, we have the chance to transition to something better. 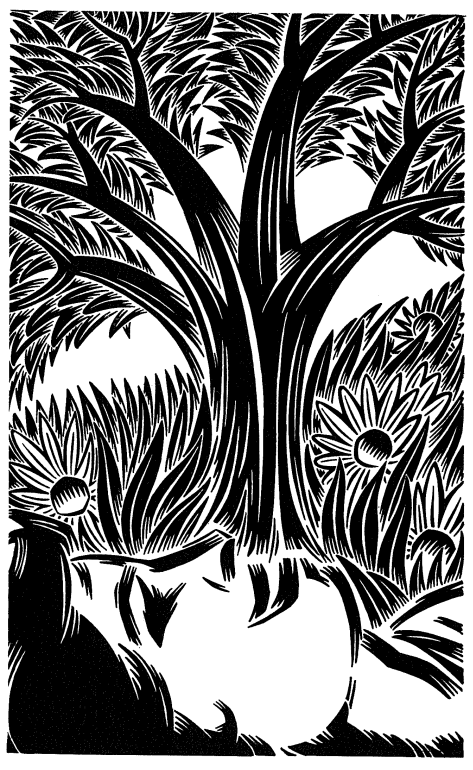 In addition, it requires:

We recommend adapting these instructions for playing The Quiet Year with Zoom and Zoom's Whiteboard and Annotations turned on. Or you can use a shared Google Jamboard instead (using clipart is fun). Set up a shared document (ex. Google Docs with sharing permissions set to everyone with the link can edit) and set up the document with the following headings: Taste Menu: Yes/No, In Common, Limit, Group Names, and Projects. Or make a copy of our sample shared document for these. See Chapter 5: Other Ways to Play in The Transition Year 2E for more recommendations for remote play. 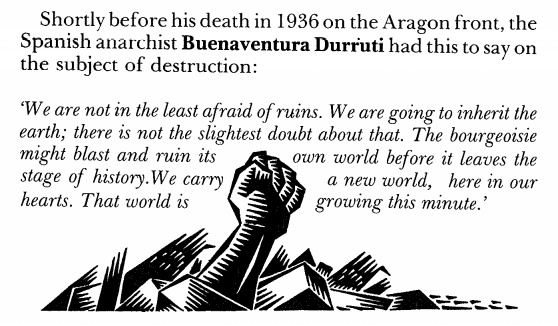 Help us playtest this game!

Comment below or email us your feedback at comrades@affinity-games.com. Playtester's names will be added to the Due Credits section.

This is a re-imagining of The Quiet Year by Avery Alder. Inspiration is also drawn from The Deep Forest by Avery Alder and Mark Diaz Truman and A Few Degrees of Warming by Michael Elliot. Illustrations are by anarchist artist Clifford Harper. Most are drawn from the book Radical Technology and Anarchy: A Graphic Guide.

This work is licensed under a Creative Commons Attribution-NonCommercial-ShareAlike 4.0 International License. 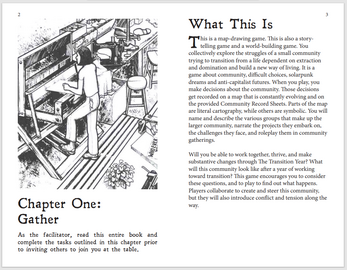 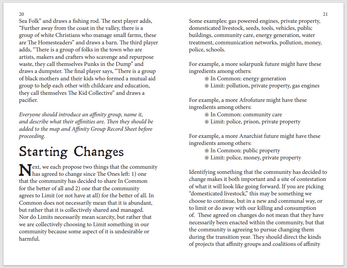 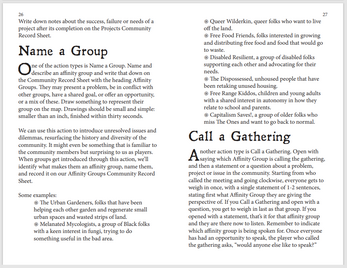 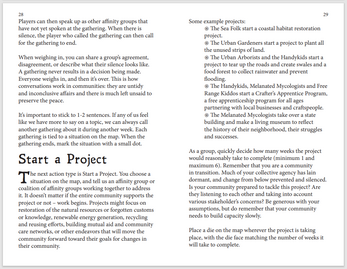 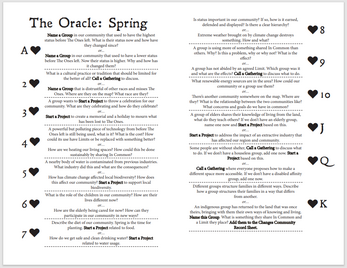 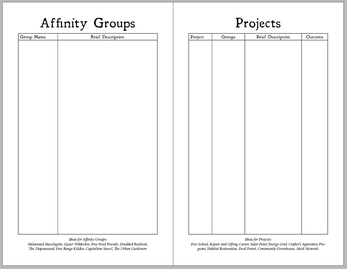 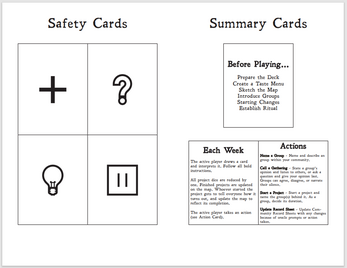