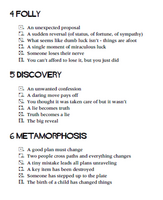 We made a game for IndieCade’s 2020 Climate Jam over on Itch.io! It is a MOD and Playset for the “headless” roleplaying game Fiasco. We wanted to share a bit about how we “jam,” because everyone does it their own way and it is different every time. We try to include sleep. So should you.

Because we were basing our game off an existing game it meant that we didn’t have to worry about where to start. The game mechanics and structure were already in place. Plus there is a great fan community that surrounds the game and creates new content. The general structure of Fiasco Playsets is pretty well developed and there are some nice tools out there to jump start making your own Playsets as well as the various fonts used in the game.

The themes of the jam were: adapt – engage – protect. None of these are particularly relevant or even conducive to a game of Fiasco, which is a game about “small time capers gone disastrously wrong,” and “ordinary people with powerful ambition and poor impulse control” basically making a mess (a fiasco) of things. Not all that productive for adaptation, engagement or protection… But we loved the overall storytelling system at the core of things.

Hermi sat down the morning of the second day of the jam (we didn’t find out about it until that morning) and poured over multiple playsets related mutants, nuclear apocalypse, island settlements, witch hunts, The Hunger Games (may the odds really be not in your favor because whoever came up with Battle Royale games is a sociopath) and the Zombie Apocalypse. Casey on the other hand, taught class and was amused that Hermi had fallen down a worm-hole. But, by that afternoon Hermi shared their initial thoughts about it not really fitting the Climate Jam. The goals of the game as well as the general tone of Fiasco didn’t really fit our design goals or the jam’s themes. Hermi escribed their desire for a more hopeful, community-focused, solarpunk storytelling game. Hermi shared their notes from the Fiasco Companion, which included a “softer” Tilt, Aftermath and directions for how to stack the game for “happier ” endings over the usual fiasco endings.

After reading through the companion, Casey suggested that we could do a kind of Fiasco MOD/Conversion plus playset, and from there we were kind of off to the races. The goal was a modified Tilt and Aftermath and an original Playset that used those MODs. We were very much influenced by the DM-less RPG Dream Askew by Avery Alder. We wanted to add a community map-making component as well as minor characters to give the game a more communal feel and flesh out the setting and relationships. But, we decided we didn’t have time to do all of this within the constraints of the jam (but plan to include them in a subsequent version, which we are already pondering).

For fellow jammers out there: scope management is key to actually finishing something during a jam. Never be afraid to cut things.

Hermi took the best parts of some of the more apocalyptic Playsets and brainstormed more solarpunk and other CliFi elements. This phase was a lot of cherry-picking, modifications, brainstorming, note-taking, poking around SciFi/CliFi literature and films, and compiling them according to the structure of the game. At this point Index Cards appeared! Relationships, needs, locations, and objects… Six cards for each of the core categories of Fiasco. After Hermi had done a rough version of all of these we came together to slowly whittle them down and together brainstorm some new story elements. By the end of the day we had a version that we were happy with.

The final day of the jam was focused primarily on the Tilt, Aftermath, Score for the Playset, the Insta-setup for the Playset, artwork for both the MOD and Playset as well as trying to make everything LOOK like a Fiasco Playset, and THEN putting it all out there on itch.io as a submission to the game jam. It was a long and busy day. It was a 10AM to 10PM kind of day. Food was consumed and a walk was taken. Otherwise, we were desk potatoes.

We made liberal use of two different Basic Plot Theories: Georges Polti’s 36 dramatic situations, which drew on Goethe and Ronald Tobias’ 20 Master Plots. This helped us create a scale (“good” to “bad”) for plot twists and endings. We used these to remake entirely the Aftermath of Fiasco. We changed and added to the Tilt based on this as well, but it didn’t require as much of a total rewrite.

Together Casey and Hermi wrote The Score (probably should have done that first). Hermi did edits on the story elements, Score, and wrote the Movie Night/Book Club, as well as the Insta-Setup while Casey yelled at Microsoft Word (a lot). We found two images [image one] [image two] that we really liked and Casey modified / smashed them up into our own artwork using a minimalist aesthetic in Adobe Illustrator. If you are interested in more images that inspired the Playset, you can find it on Pinterest.

Key to finishing a jam: Divide and Conquer!

As it was getting late we were getting more frustrated. We only cranked at one another a few times. By the time everything was finished we then remembered: yeah… you gotta make a whole Itch.io game page for your game submission… GREEAAAAT… But, we powered through.

Looking at the award qualifications for the jam, we would not be surprised if we were disqualified from consideration due to some of the more adult content, such as sexual/romantic relationships, and descriptions of neo-Nazis and the like in The Score, when the games submitted were supposed to be age 13+ appropriate. Certainly the discussion and depiction of sexual/romantic relationships occurs in PG-13 films… though probably not “Dom(me)/Sub” relationships… nor we don’t know how age appropriate content for players gets judged.

Jams are frustrating, taxing and also great. We have a nice starting structure for what we want to do next with it. This event pushed us to create something different from our previous work. Hermi has been thinking about CliFi for a long time and this was an opportunity to explore this through games. We have also been talking about making a “headless” RPG for quite a while and this was a chance to play with that idea. We really like the idea of mashing together Dream Askew and Fiasco. They both offer emergent systems for players, while providing enough structure to get them going. Plus you don’t have a whole lot of dice rolling and numbers (and spells) to keep track of when you just want to tell a story — together.

Get our game/playset FREE, and if you play it, rate it on Itch.io and the jam page!

Get After the Collapse: A Fiasco MOD and Playset

After the Collapse: A Fiasco MOD and Playset